If you're reading this page it's because you've been alerted to the shocking state of the 80103-0 just outside Clonakilty in County Cork.

Context: this is a public road running from our home at Garralacka South to the L8010.

It's in a shocking state and has the potential to damage our car and my bike, as well as presenting a real danger of injury to me and my wife.

Moreover, the postman says it's damaging his van and various delivery drivers from DPD to West Cork Oil have expressed their misgivings about driving up this public road and the only access to where we live at times.

But they "can't afford" to fix it.

You've spent at least 15 man-days fixing a road no one uses.

Update: a week or two after they "fix" the road

Bear in mind my request to scrape the surface and fill a couple of the bigger potholes of 262 metres of essential access road has been summarily dismissed because — I kid you not — "it doesn't have an asphalt surface.

But this one doe?

Looks like water to me. And mud. Lots of mud.

So much of both, it makes this road. effectively impassable to road traffic. It'll now remain flooded like this until next Summer, meaning the road will be unused for the next eight or nine months.

Way to go, guys. You spend 15 man-days on "fixing" a kilometre of disused road which then floods within three days of the drought ending. 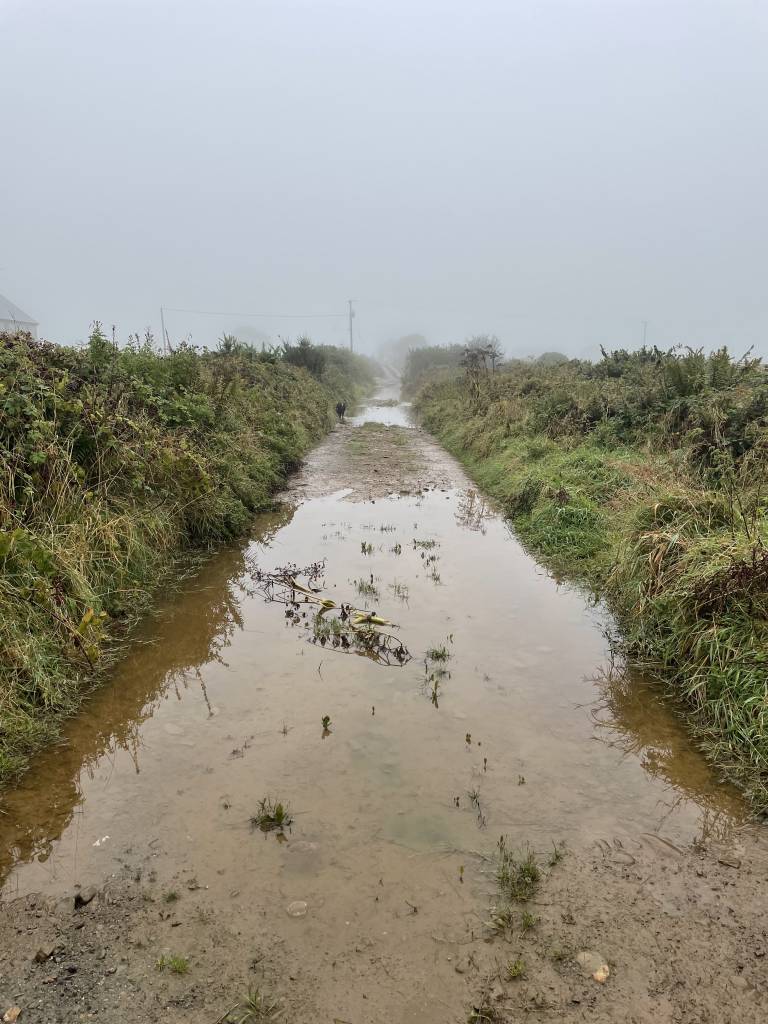 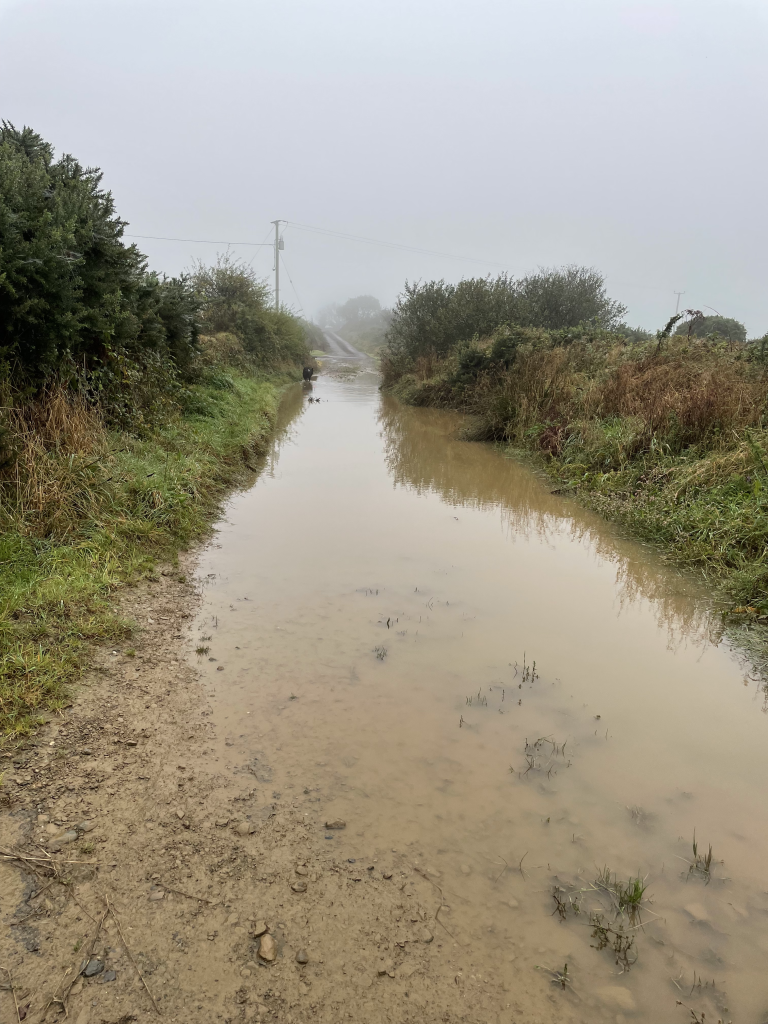 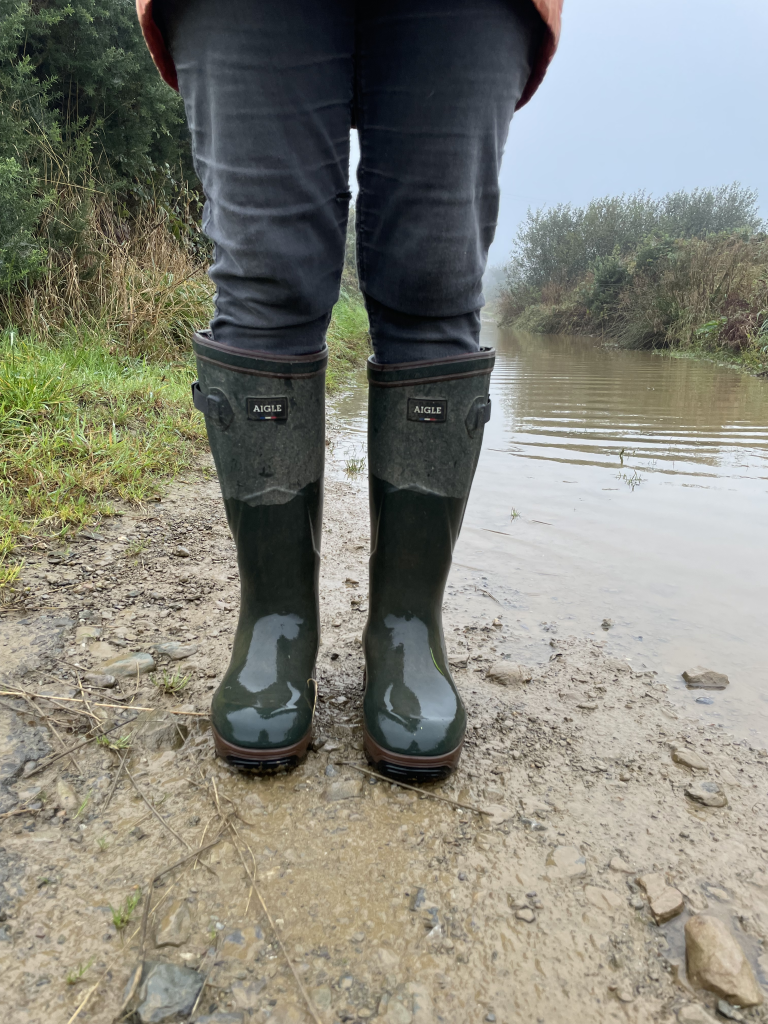 The water is way deeper than this in parts... not to mention to glutinous mud making the road impassable

Question is, how did we get here?

I first complained about the state of this road back on 29th November 2019.

Here's what I said.

I told them what the problem was: 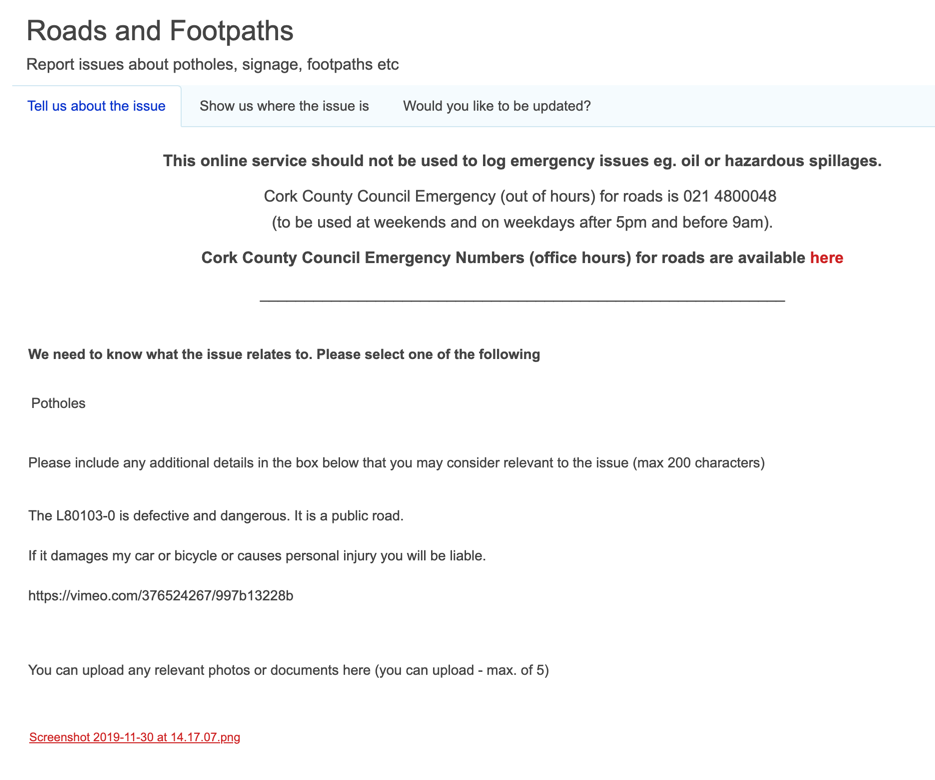 I told them where the problem was: 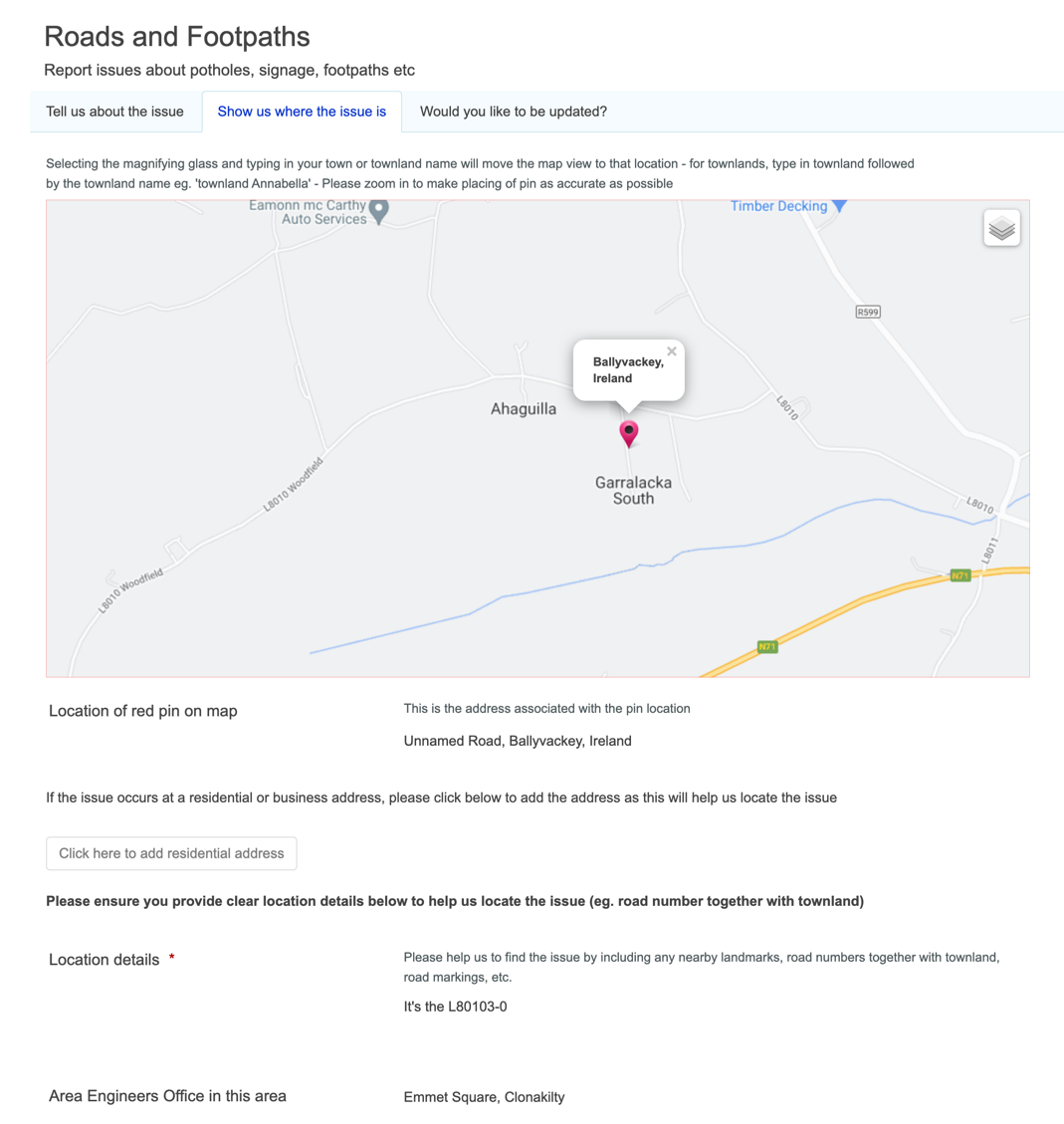 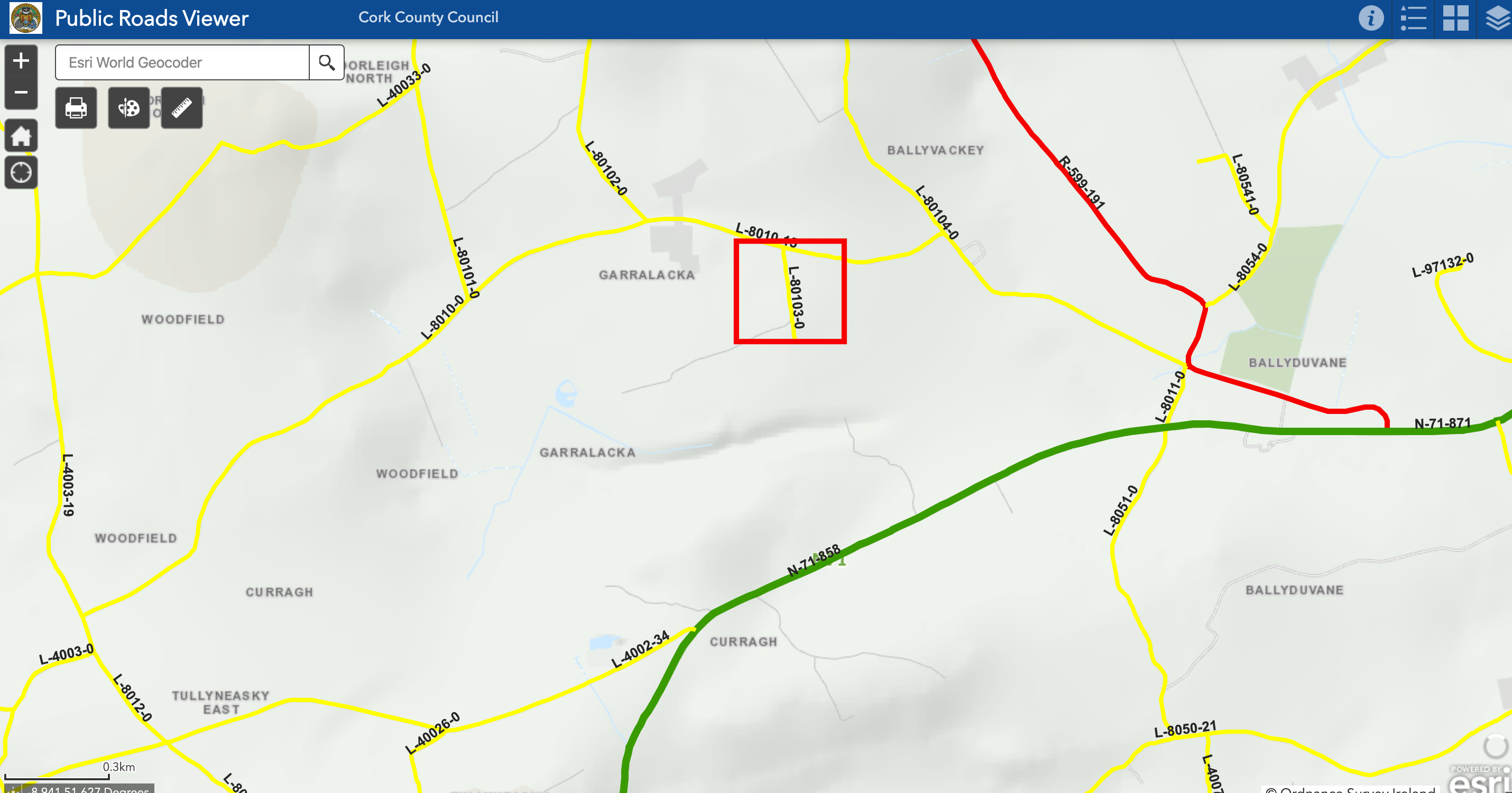 And I told them I wanted to be updated: 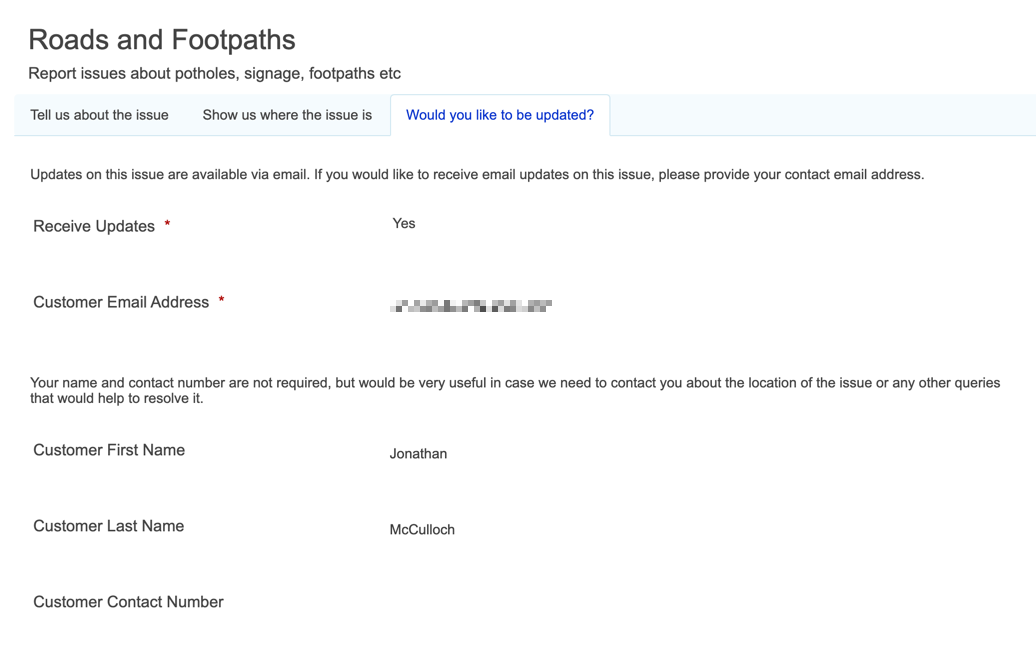 Here's a screen shot of the email I got in response: 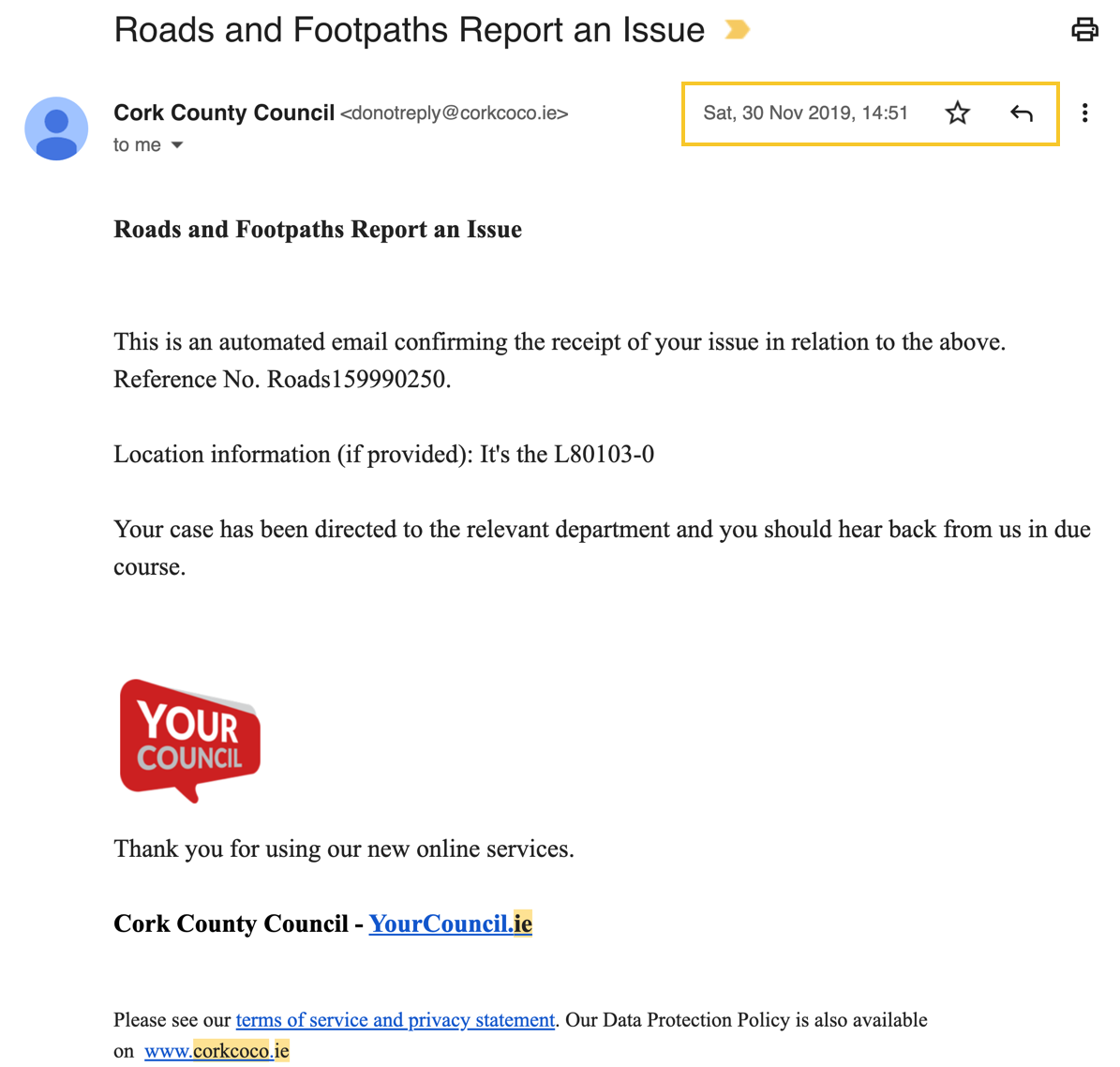 A few days later, I get this: 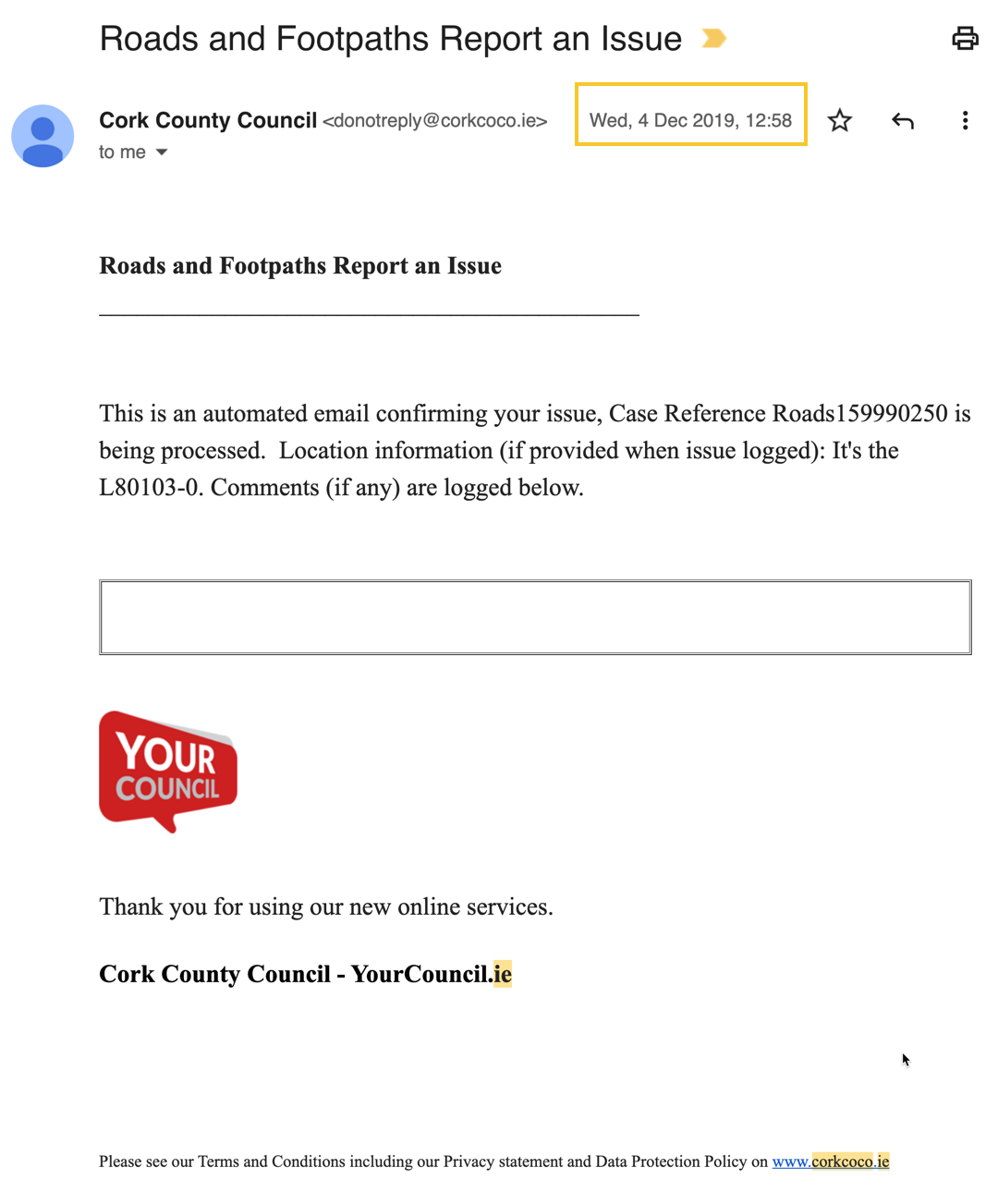 I didn't hear another thing about it. Although when I logged into the portal, I learned they summarily closed the case. They didn't even do me the courtesy of letting me know.

Strike one for arrogance and ignorance of the bureaucrats who like to play fast and loose with your money.

While walking my dogs along the L80101-0 it notice the surface has been scraped and the sides levelled somewhat, and a few potholes filled in.

They've not resurfaced the road but they have made it more passable. A massive improvement even through the road is effectively disused.

I've marked the road on the map below: 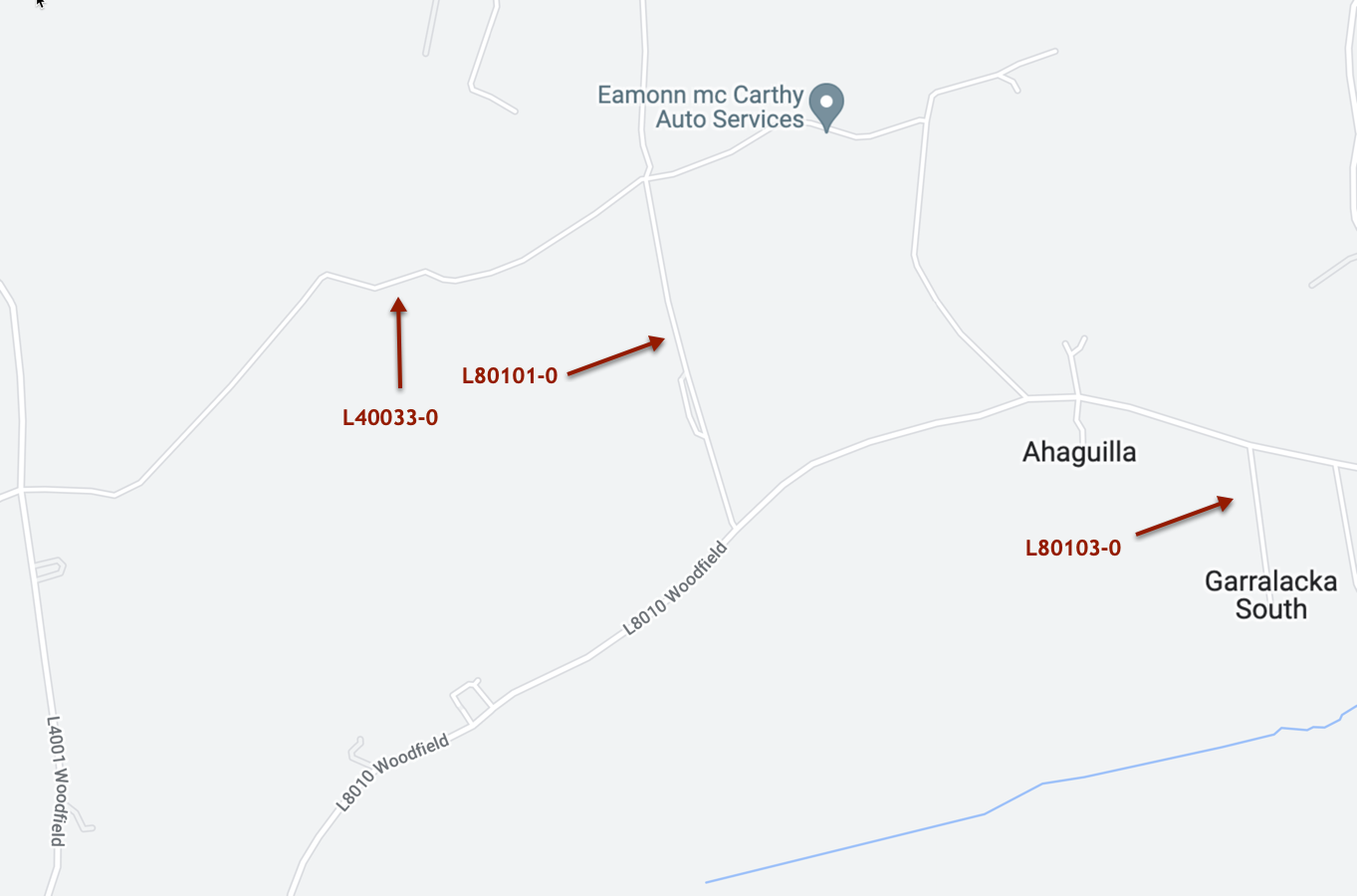 So, I called the local engineer in Clonakilty.

He was polite and helpful but told me his hands were tied. Apparently, the L80103-0 is a tertiary road and there's no budget for fixing it, especially as the surface is so badly degraded.

This makes no sense.

Watch the three videos immediately below and you'll see what I mean.

The irrationality of local authorities

Those two roads are unused and yet the Council has somehow managed to find money to improve about a kilometre of them whereas they apparently have no money to do anything to improve the L80103-0 even though it's the sole access to a dwelling and presents the very real possibility of damaging cars, bikes, and even of causing personal injury to the people who have to use it.

It strikes me as bizarre Cork County Council can behave so irrationally at a time when the cost of living is skyrocketing and budgets are tight all round.

Bungling? Incompetent? Left hand unaware of what the right hand is doing?

You be the judge.

Better yet, call the Council and ask them to explain it to you.

If you want to talk to me about this whole debacle you can arrange an interview by emailing me here: ebg@evilbaldgenius.com.