Why you should welcome the dreaded price objection 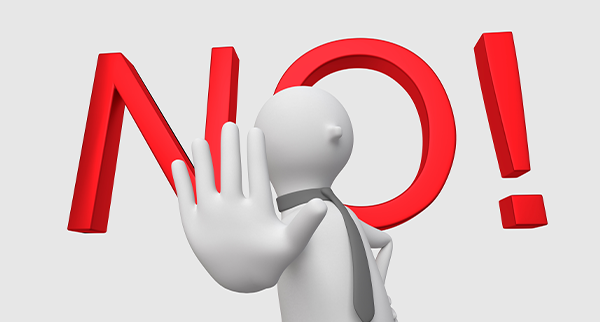 As soon as a client or potential buyer mentions the price and how it might be too high, virtually every business owner out there immediately knocks a few (or many) Groats off, even without listening to why the price is being objected to in the first place.

Sometimes, as you may recall when I bought my old Land Rover, they’ll knock money off the price not only without you even asking, but even after you’ve explicitly agreed you’ll pay full price.

At one Elite meeting a while back, one of our Members told us how he’d just emailed his accountant and said, “We’re looking at our costs and we think we can achieve a 20% saving across the board”.

His accountant immediately came back with a 20% cut in his fees. Just like that. Now, my mate isn’t a price buyer by any means, but he’s not going to turn down a 20% cut in accountant’s fees, I’m sure, same as I didn’t turn down the €1,700 discount the guy gave me on the Landy.

Why do people offer gratuitous discounts?

Fear they’re going to lose the sale or the business, bolstered by an irrational belief price is the most important criterion in the purchaser’s buying process.

But it isn’t, as I’ve already said.

See, when someone raises the price objection they are categorically not saying they don’t want what you’re selling.

If they didn’t want it, they’d have walked out. What they’re saying is “I want what you’re selling but you haven’t shown me sufficient value to justify the price”.

Which is great, because it’s an invitation for you to continue selling to them and knowing what it is they want to hear.

As often as not they’re handing the sale to you on a plate.

We often use the two terms interchangeably, but while they are related they are not the same thing.

In our case, price elasticity means the price of products and services is flexible rather than fixed, and the range of prices we can charge for them is wide and depends on many factors.

A good example of this is the difference in the price of wine in your local off-licence — you can buy cheap wine and you can buy expensive wine. More important, though, is the same wine in a restaurant is usually far more expensive than exactly the same wine bought in the supermarket.

One of the results of price being so elastic is virtually all of us are undercharging for our products and services.

If you’re not getting that dreaded price objection we just spoke about, then it’s because you’re not charging enough.

You want people to wince and give that sharp intake of breath when they see your prices, because then you know you’ve got them about right (you’ll see in a moment how you can even afford to lose sales, and lose a lot of them, and still make more money).

You may have heard this before, so bear with me. It’s worth reading again, to be fair, because it brings home exactly how elastic price is and how your view of what you’re charging is probably completely different from anyone else’s.

Back in 2006 or 2007, just after I’d broken into the copywriting big time by gaining a guy named Scott Tucker as my client. Scott was one of Dan Kennedy’s poster boys and had just won the Glazer-Kennedy Marketer of the Year Award.  At that time and in that buoyant economy, this was indeed A Big Deal.

Anyway, I’d just done one bit of work for him — a very successful press release the media in his industry fell upon in a feeding-frenzy, thus giving his business a massive boost — and he asked me to rewrite the already fairly-successful sales letter for his next Summit.

His business model was simple and very effective: get a bunch of mortgage brokers and loan officers into the room, educate them for a couple of days in direct response marketing and how it applies to mortgages, then sell them on a virtually done-for-you area-exclusive marketing system they could “rent” for $1,497 a month.

We made a good team.

But before all this could happen I had to write the sales letter, and when he emailed and asked me to do it, I was in a bit of a blue funk when it came to deciding how much to charge him. I still have the email somewhere on another computer, but in the end I think I quoted $3,997, and sent the email off.

Scott came straight back with something like “that’s $6,500. That’s fair. Go ahead”.

I was somewhat mystified.

So I did some digging and realised what I’d done: when I thought I’d written $3,997 I’d actually written £3,997, and the exchange rate at the time did the rest, instantly and accidentally increasing my fees by 80%, just like that.

I almost doubled my fees overnight

Now this perfectly illustrates the difference between premium pricing and price elasticity.

The fact I was charging thousands of dollars instead of hundreds was premium pricing; the fact I could charge almost twice what I thought I could and have my client not so much as blink was price elasticity.

And don’t make the mistake of thinking this is just an amusing tale of my good fortune because it’s far more profound than that.

Because it demonstrates that  fundamental flaw in thinking I brought up a few pages back., one we are all guilty of to some extent and at one time or another — assuming our estimation of the value of the product or service is the same as the customer’s or client’s (a similar mistake follows on from this and we make it when we assume the person in front of us can’t actually afford what we’re selling).

You simply don't have the ability or the right to decide:

I strongly urge you to print out those three rules and stick them where you can see them throughout the day.

Be warned — my scathing and uncompromising style and language are for neither the sensitive nor the faint-hearted. If you look hard enough, you’ll see there’s something guaranteed to offend everyone.

So if you’re looking to have your hand held and your fevered brow mopped with gentle, loving hands, you won’t like me.

On the other hand... if you’re seri­ous about adding a minimum of £100k to your bottom line within the next six months, you’re prepared to roll your sleeves up and get stuck in to some seriously hard work, and you’re not timid, faint-hearted, or unwill­ing to ruf­fle a few feath­ers, then I'm the Fluffy Bunny you’ve been looking for.