Why your prices are irrelevant 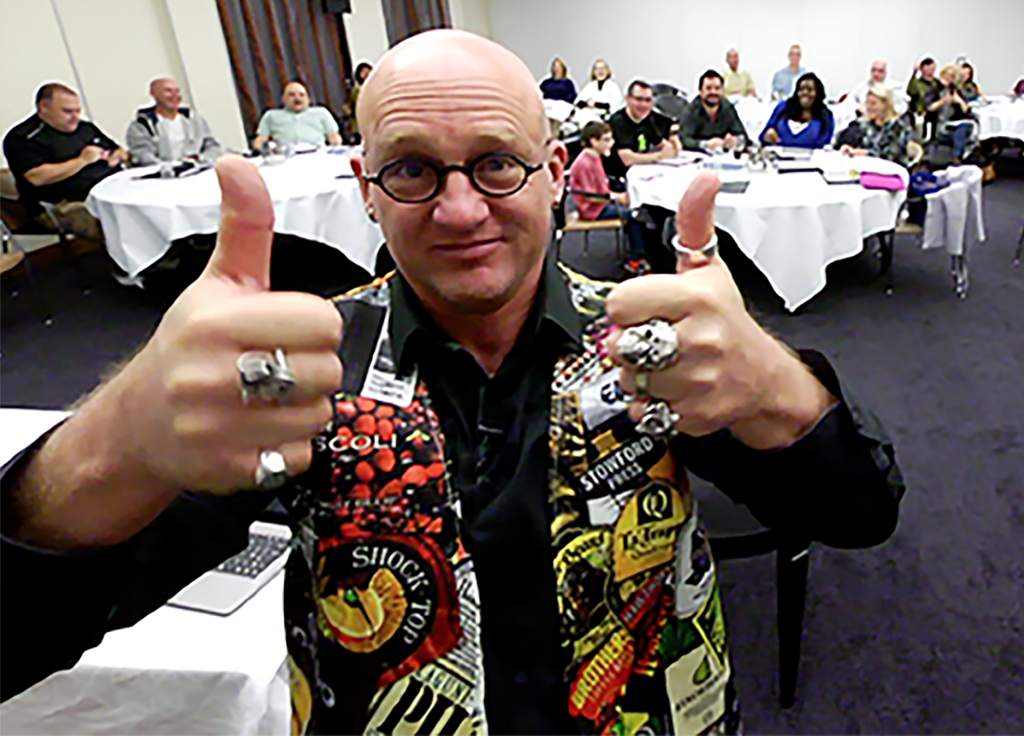 Why your prices are irrelevant

So, let’s begin this blog by talking about Premium Pricing — why you’d want to do it, the difference it makes to your entire life and business, and how you can quickly and easily go about it.

The No 1 myth about your prices

The biggest, most pernicious, pervasive, and dangerous myth about pricing is price is the most important criterion upon which people base their decision to buy or not.

And this is simply not the case.

Because if it was then there would only ever be one model or version of anything and everything: the cheapest one. Look around at the real world and you’ll see this simply isn’t true: from Rolls Royces and Yugos (generally accepted as being one of the worst cars ever made), to M&S off-the-peg suits  and Armani, and BIC Biros to the Aurora Diamante Fountain Pen (a snip at $1.47 million), the range of products and services and the prices you pay for them is vast.

So if people’s main buying criterion is price... how can this possibly be?

And the answer is it can’t and it isn’t.

Because people want a lot more than a low price, and even those of us constrained by a budget rarely buy the lowest priced option within that budget just to save a few Groats. When I bought my Land Rover there was obviously an upper limit I could or would pay for a car. And the Land Rover was ideal and within the upper limit of what I was prepared to pay. The fact I wasn’t willing to pay €100,000 for a car is nothing to do with me being a price-buyer. So, whilst I specifically wanted a Land Rover I still didn’t buy the cheapest Land Rover I could, nor did I “shop around” for the best deal.

A moment ago I said, “there was obviously an upper limit I could or would pay for a car”.

What does this mean?

Because over the years I’ve come to realise what people can pay, what they say they can pay, and what they will pay are three different things.

And what drives it is desire.

Because if you crave and hunger for something there’s no limit to what you’ll do to achieve or obtain it. Let’s take that very basest, exhilarating, and enjoyable of human activities, sex.

For men, in particular, the sex drive is the strongest drive we have, especially when we’re young. We’ll risk anything, including life itself, for a quickie in the broom cupboard. If you doubt me, then just ponder the tale of Paris who spirited away Helen, wife of Menaleus, king of Sparta, and fucked her blind in Troy, until Menaleus and his brother came to fetch her back.

But we don’t have to go to those extremes, because we can simply look at the present day and take a stroll down any street in any down-at-heel, economically-deprived, and “disadvantaged” neighbourhood.

What do we see?

Satellite dishes, state-of-the-art flat-screen HD TVs, laptops, late-model cars, and chavs, peasants, and commoners strutting around in expensive designer gear with their slack, bovine faces turned downwards to their high-spec smartphones... yet these are the same people who’ll complain about how little money they have for food, bus-fares to get to the job-centre, soap, and effective dental treatment.

And what does this come down to?

And what do priorities come down to?

Subjective determination of worth and value, which, in turn, drive the desire for these things. In other words... they want these things very much, and because they want them, they’ll find the money they need to acquire them. In that respect, they are priorities.

But we can dig even deeper than this and uncover what ultimately drives every want and desire anyone has or has ever had, and thus every sale ever made: problems, pain, and the solutions to and easing thereof.

It’s that simple: we buy shit to solve problems. If what the salesman’s selling doesn’t solve a problem, then there’s no chance they’ll sell us anything.

Let’s be clear about something: problems and pain are subjective. If you were Paris of Troy with his love-muscle pulling him inexorably towards the alluring and moist Queen of Sparta, then it was a problem — and a problem with a solution big enough to bring down an entire city-state.

A common error business owners make is to decide in advance and on behalf of their prospective clients and customers what they can and cannot afford. Not only do you never, ever know enough about them to make that call — because the price they’ll pay is a reflection of the value you’re offering to them in their estimation — but even if you did know you simply don’t have the RIGHT to make that decision for them. Only they know how important their problem is to them.

Your obligation and duty in agreeing to sell to them, accepting them as your client, and putting them under your special protection (because that’s the traditional meaning of “client”), is to serve their best interests; and if you’re an employee, that’s your fucking job, too.

And they make this mistake because of this subjectivity.

Bottom line: people want what they want for any number of reasons, but at the core of it they have a pain or a problem they want to ease or solve. Because of this, they’ll do whatever’s necessary and pay whatever you ask for whatever it is they greatly desire. And if you do come across someone who’s got a problem and is objecting to the price you’re asking it’s NOT because they don’t want what you’re selling (if it was, then they’d simply walk away). No, it’s because YOU haven’t shown them the value of your proposition.

We all want three things whenever we buy something: great service, high-quality, and a low price. But no one can deliver all three, so something’s got to go.

You can pick any two you like... but if you think you can have all three then you’re fucked.

And sometimes, when you’re getting that price-objection, it can be as simple as pointing this out to your prospective client or customer: tell them they can’t have all three, and if they want to insist on the low price, which of the others don’t they want: high quality or great service.

Vastly more often than not, they’ll shrug and accept the price as it is (and if they don’t, then you should walk away because they’ll turn out to be terrible clients).

P.S. If you're running around chasing your tail too busy working "on the tools" and in the business to stop, draw breath, and work ON it, instead, then there's a good chance I can help you. Get in touch with me here.

Be warned — my scathing and uncompromising style and language are for neither the sensitive nor the faint-hearted. If you look hard enough, you’ll see there’s something guaranteed to offend everyone.

So if you’re looking to have your hand held and your fevered brow mopped with gentle, loving hands, you won’t like me.

On the other hand... if you’re seri­ous about adding a minimum of £100k to your bottom line within the next six months, you’re prepared to roll your sleeves up and get stuck in to some seriously hard work, and you’re not timid, faint-hearted, or unwill­ing to ruf­fle a few feath­ers, then I'm the Fluffy Bunny you’ve been looking for.